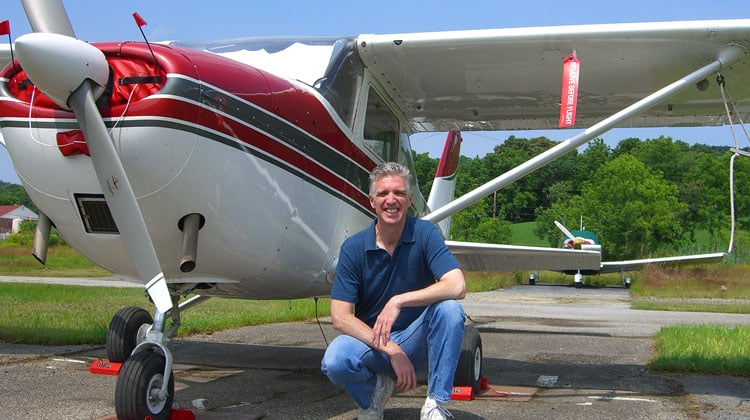 Andre Palko was bitten by the entrepreneurial bug at the age of 12 when he began selling flower seeds and delivering grocery store fliers door-to-door in his hometown of Frederick, MD.

He didn't have an allowance and he figured he had to work if he were to get the vital things he desired—books, flying lessons, radio control airplanes, and money for the game arcade at the new mall.

In his early 20's he went in search of fame and fortune, playing bass guitar for a New York City rock & roll band. The band leader was part of a family printing business and it wasn’t long before Andre was packing boxes, running a folding machine, and learning the printing and bindery trade by day. At night, he attended classes at Columbia University and played music clubs with his band mates.

Rock and roll didn’t pay the bills so Andre made a career of the printing industry, including a stint as owner of a trade bindery and later as manager of a small commercial printing business. Yet the entrepreneurial calling never subsided and in 2002 he founded a small business which later evolved into Technifold USA, Inc. 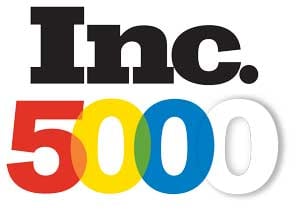 It was here that Andre and his awesome team found small business success with a series of unique products that make printing companies more profitable.

After only a few years, Technifold USA was added to the ranks of the Inc. 5000, gaining national recognition as one of the fastest growing private companies in America. What makes this even more notable is that they achieved this in an industry that's been shrinking for years.

Marketing Plus Award for Cross Channel and Digital Marketing

Andre's Bindery Success email and print newsletters, along with his blogging at Technifold USA, earned the 2013 National Association for Printing Leadership (NAPL) Marketing Plus Award - Cross Channel and Digital Marketing, awarded for excellence in using an integrated approach to digital and print marketing efforts.

His articles have been featured in: 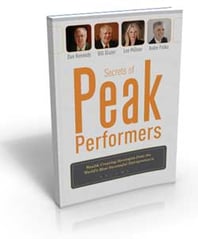 Andre is co-author, with Dan Kennedy, Lee Milteer and Bill Glazer, of Secrets of Peak Performers—Wealth Creating Strategies from the World’s Most Successful Entrepreneurs.

Andre and the Small Business Rainmaker blog is also getting talked about in publications such as Forbes, Business2Community and Search Engine Watch. 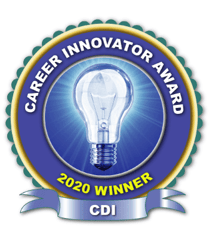 The biennial award honors industry leaders for introducing an outstanding new and innovative product for job seekers and/or career professionals.

CareerBrandVideos™ is the result of a collaboration with personal branding and executive careers experts Meg Guiseppi of Executive Career Brand and Hannah Morgan of Career Sherpa.

CareerBrandVideos™ is a customized kinetic animation video system specifically designed to differentiate career-minded people and entrepreneurs. In a world where it's tough to separate from the competition, this unique video process makes it simple and gets results fast.

Thanks to hard work, trial, and plenty of error, he recognizes what it takes to make small business work at peak levels. In fact, his business strategies helped his brother Pat grow sales nearly 80% at the restaurant in which Pat was a partner.

Frankly, he's been so busy working on businesses the past few years that he hasn't had the chance to do some of his favorite things. Things like flying and hanging out at the airport. Instead he's been figuring out growth strategies for his own, and for other business owners.

But you can benefit from his learning in the school of hard knocks. The Small Business Rainmaker™ weekly newsletter is just one way he's found to help other small business owners find the success they've always dreamed of. You can subscribe here.

In it he shares the secrets of his business and personal journey, discoveries that can put small business owners like you on the path to financial freedom.

Along the way he met up with many like-minded small business owners. He'll be sharing their success secrets too.

Although the most fun he has is in writing about, talking to, and working with small business owners, he still has hobbies. For fun he plans to get back to piloting a Cessna aircraft. He kayaks on New Jersey’s numerous lakes, reads all kinds of books, and enjoys movies. Musically he's moved from New York clubs like the notorious CBGB’s to more tame arenas like church halls and the choir loft. There might even be a big band in his future. His daughter Meghan Bliss is a freelance poet, writer, editor, and blogger who lives in North Carolina with her husband Patrick and daughter Charlee.

Patrick Palko, along with his wife Nina, started a highly popular and successful restaurant that has been a favorite of Space Coast locals for more than ten years.

Like his brothers Tim and Andre, he got his work ethic in restaurant kitchens and dining rooms during high-school.

He went on to a career with Dictaphone Corporation, starting on the machine shop floor and working his way up to Director of Supply Chain Management.

Along the way he earned a BS in Economics with a minor in Business Administration from Rollins College, graduating with honors in 2000.

But his entrepreneurial spirit was calling and in 2003 he left the corporate world for the restaurant industry. He became founding partner in a Cocoa Village, FL restaurant, Cara Mia.

Aside from his passion for business and restaurants, Patrick loves travel with his family, boats, Harleys, and classic cars. And on any given weekend you can find him somewhere in central Florida playing lead guitar and singing in a classic rock band.

Pat is also an advisor in the creation of the Palko Brothers' Secret Sauce for Restaurant Success and 237 Restaurant Marketing Ideas That Work. 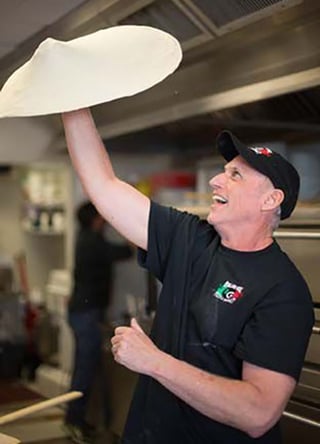 Tim Palko has been a partner in a top Vero Beach restaurant, The Italian Grill, since 1993.

Over the course of his career Tim has also partnered in at least 3 other successful Florida restaurants.

Barely a teenager, Tim was bitten by the restaurant bug early in life. He got his start in various local kitchens and dining rooms during high school and has never looked back.

Tim is a 1985 graduate of the world-famous Culinary Institute of America in Hyde Park, NY.He’s been living and breathing the restaurant industry for over forty years.

Aside from being devoted to his family and the restaurant industry, Tim has a fondness for boats, Harleys, classic cars, and travel adventures.

And somewhere in there, he managed to train for and finish a half-marathon.

Tim is also an advisor in the creation of the Palko Brothers' Secret Sauce for Restaurant Success and 237 Restaurant Marketing Ideas That Work.

Want to learn more about how we can help your business give you the freedom you’re looking for?

Subscribe to the free weekly Small Business Rainmaker below. Every week you get at least one idea to make your business life easier and more profitable than you thought possible.

And it's free. Join us below as Andre's panel of small business experts from around the world freely share their wisdom.

Yes, I Could Use a Rainmaker... Sign Me Up!
Copyright © 2023 Small Business Rainmaker. All rights reserved.